Music has always been a major aspect of my life. Having performed on stage and been through the process of recording on multiple occasions, I can say with great confidence how amazing it feels to feel the trembling of the basses in your body while the adrenaline is rushing in your bloodstream.

To give you a little of a back story here, I have attended the International School of Geneva since kindergarten, there, I have met many people and made friends and acquaintances from all around the world. It was at that very school, from the 5th grade and on, that I met Milton, a band member of Maple & Rye. Back then, he was the insanely-cool 8th grader that was super friendly and good looking. Needless to say, it seemed obvious to my 10 year old self that he would become some kind of superstar when I saw him perform on the school's production of "High School Musical" (Yes that totally happened).

So you can imagine how my inner ten year old self was satisfied when I saw that he had started a band with equally stunning looking band members. You can also imagine how even more happy I was when their music started playing on my computer with it's joyful and pronounced beat. Their first song "Lost" in my opinion, was worth playing on repeat.

I highly recommend that you give it a thorough listen threw in order to understand a question in the interview that was a real plot twist for me!

You can also search for the song on Spotify and add it to your playlist right now!

So here we are, I took my courage in both hands and asked them if they would kindly let me interview them. They happily accepted and promptly replied to many questions in great detail!

So feast your eyes dear readers, this is Maple & Rye:

Could you briefly introduce everyone in the band ?

22 years old, plays bass and does vocals. He is a biochemical engineer who hates engineering

26 years old, plays drums and does vocals. He tries to work as a freelance sound designer, eats cheese and solves crossword puzzles.

22 years old, plays guitar and does vocals. He is currently mourning his dead cat but will soon go back to doing nothing.

24 years old, plays the guitar and does vocals. He is currently under investigation for a mysterious cat incident. Also studies work science at the University of Gothenburg.

Where did you all meet?

Well, Milton and Leo are second cousins so they have known each other since they were kids and have been playing music together on and of for many years, even though, for the most part, they have been living in different countries. Gustav and Leo met when they were working together at a grocery store and quickly found out that they shared a mutual love for music, football and being late, so naturally they became friends and started jamming together. Henrik and Gustav actually knew each other before that, as they were also colleagues back in 2011, but Henrik didn't have a chance to join the band until last summer since he was studying living and studying in a city too far away from Gothenburg.

Was starting a real band a collective idea or was it suggested by an individual ?

Are we even a real band? I don't know, it doesn't feel like we are haha. We really are just four friends who like to create sounds together. So if that makes us a real band, then I guess we are. And to start a band, we wouldn't necessarily call it an idea at all really. It sort of just happened. I guess at some point we decided that we wanted to step it up a notch and add a drummer, but it's always been more of “hey, we should try and play some music some time” than “hey guys, the four of us, we should start a band and create songs and take over the world”.

How did you get the idea to name your band Maple & Rye?

The hardest part about having a band is the name! And on top of that we are all horrible at coming up with names of any kind, so we had to patch one together with duct tape and super glue. Here's what we did: Milton and Leo's last name is Lönnroth. “Lönn” in Swedish is Maple. And Gustav's last name is Rybo Molin. Rybo sort of, kind of (almost not even a little bit) sounds like Rye. I guess Henrik represents the “&”. Put some sticky stuff on that mess and you end up with Maple & Rye. So that's the amazing behind the scenes story of the creation of our band name!

Who is/are the mastermind(s) behind the lyrics?

That varies a lot actually. Some lyrics are more of a collective effort, some are individual. At the end of the day everyone contributes to some degree so we would say that the lyrical “mastermind” here is the combination of four barely functional brains working together to almost become one normal brain.

You were just around 10 years old when this girl “Knocked on your door”, true story?

Well... Haha... It's good that the song is interpreted differently by everyone, that's how it should be and how we want it to be. If you can relate to the lyrics as being about a girl, or a boy, or anything else, then that's great. You know, as long as you feel something at all that's sort of a victory for us as a band. But, since you ask, we have to reveal that the song is actually meant to be about a rough time in Leo's life when he, at age 10, got the diagnosis of leukemia. So, there's no girl in this story unfortunately. But yeah, it's about how cancer can turn your entire world upside down. The struggle to fight an invisible evil inside your own body and how that affects, not only you, but the people close to you as well. But it's not a sad song really. It's more of a “fuck you” to cancer! And it does have a happy ending.

(After reading this I was so distraught, but the song made 1000% more sense after. I am usually really good for decrypting songs, but I had not thought of this! I am so glad everything is alright now and that he channelled this "Fuck you cancer" is such an outstanding way.)

How/ where do you record?

We recorded Lost in a small studio a little bit outside Gothenburg run by a friend of the band called Jalle. Since this was our first time in a studio and we didn't have a clue what we were doing really, so the fact that the song turned out as good as it did is all due to the people that worked with us. Or maybe it's some sort of miracle.

Any songs on the way? Can we have teasers concerning the subjects/themes?

Yes we have plans to release an EP (4 or 5 songs probably) some time in a not too distant future. First quarter of 2017 hopefully

Well, we tend to write about a lot of different things. Some songs portray personal experiences while others deal with more global issues like the refugee crisis. We just write about what ever feels closest to our hearts at that very moment.

Do you guys always get along smoothly and agree on everything or do guitars fly from time to time?

Haha, no guitars have been destroyed yet actually. And it's a good thing because we couldn't afford to buy new guitars all the time. Swedes are known for being conflict-averse and we are probably very stereotypical swedes in that sense. Of course we have differences of opinion from time to time but we tend to agree on most things, or at least we are able to have a civil discussion and come to a sensible middle ground. It sound extremely boring, but it seems to be working right now so until we become rich and can smash guitars just for the hell of it we'll probably stay as Swedish as possible.

What would make the band happiest after a long day of rehearsing and song writing?

Was about to say “to play a live gig” but we tend to rehearse very little on the day of a gig actually. So I guess food and sleep really, a long day of rehearsing is quite exhausting. Or to head down to the pub of course, that always makes us happy!

It feels great of course! We never expected as good of a response as this. I mean, we are happy that anyone at all wants to listen to a song that we made and it feels quite unreal to know that something we created has been played so many times and in such far away places as the US and Mexico.

Did you expect such a huge success?

To be honest we had no idea whatsoever what to expect. Like we said previously, we would have been happy if like 5 people apart from our moms liked the song. We're pretty sure that about 40k out of the 45k plays is Henrik's mom though, but still that means a few other people has heard our music and that's more than we could have ever hoped for.

Do you plays gigs? where, when?

Of course, that's the reason we have a band at all! So far we've only played in and around Gothenburg but we have two gigs lined up outside of Sweden in the beginning of the year. First at The Shacklewell Arms in Dalston, London on the 26th of January and then in a place called Stranda in Norway on the 25th of February. We love playing live and we believe that it's the best way to experience our music!

Can I please be your official super fan or is the spot already taken?

There is tough competition from a couple of mothers for that spot (Milton's mother has been given the honorary title of the band's "Mumager") but you can't get enough super fans right? You are now the official President of the Super Fans! Congratulations!

I am your typical Swiss girl, I grew up in Geneva but I am currently attending the "Ecole Hôtelière de Lausanne"!

Blogging, writing, taking pictures of things that I love is my passion and I am here to pursue that. 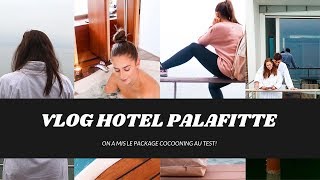 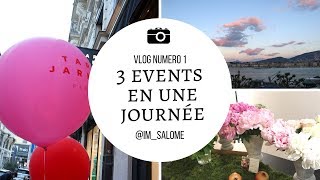 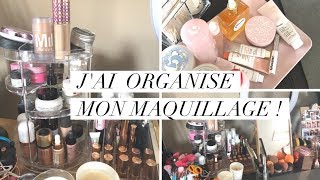 What I Bought This Month: January 2018

Skin Care: Why and With What I Completely Changed my Skin Care Routine